Statement about Aboriginal incarceration and call to action 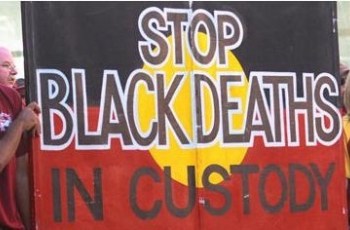 Like many around the country, members of the AJDS were appalled watching the Four Corners episode last Monday which told the stories of the brutality of Don Dale prison. Although these stories have been previously reported on and shared – particularly by Aboriginal peoples, groups, and media – it was this airing which captured the nation’s attention. Now that our attention has been drawn, we are surely responsible for responding with action.
Aboriginal incarceration rates across Australia are higher today than they were during the days of the Royal Commission into Aboriginal Deaths in Custody, and indeed almost none of the recommendations issued by the Royal Commission have been implemented. Across the country, Indigenous children are 26 times more likely than non-Indigenous children to be in detention. In the Northern Territory, 97 percent of the youths in jail are Indigenous. These facts and statistics point to a problem of over-policing of Aboriginal people, as their lives are routinely criminalised and their bodies treated by the state as expendable. The current situation is part of a very long history of colonisation in this country – understanding why matters are as they are today, and working to change the situation, must therefore deal with the underlying problems caused by our continuing settler-colonial present. We must work towards decolonisation and justice for Aboriginal peoples. Proper land rights and self-determination is required.
We also need to be making connections between the incarceration of Aboriginal people – both children and adults – and the continued indefinite detention of asylum seekers, in Australia and in detention centres in Nauru and Manus Island. If we look across these different groups of people, we can see that this country is one with a disastrous relationship to locking up racialised people. Racism in this country has many outlets: these are but two.
While the Federal Government has announced a Royal Commission, large groups of Aboriginal people in the Northern Territory and across Australia have made clear that this is an ineffective response. AJDS stands alongside these groups and calls for more serious and immediate changes to be made.
Last weekend we saw protests on the streets of almost all the capital cities in Australia. In Melbourne, led by Warriors of the Aboriginal Resistance (WAR), people occupied the intersection of Swanston and Flinders streets for 12 hours. On Tuesday, family members and community members of the Aboriginal children incarcerated in Don Dale held a sit in in the Chief Minister of the NT’s office and made a series of demands, and called on people around the country to jam the phones and emails of Adam Giles, Nigel Scullion, John Elferink and Malcolm Turnbull every Tuesday until their demands are met. Their demands are:

We encourage all AJDS members and supporters to make phone calls and send emails in support of these demands. We also encourage you to watch the WAR Facebook page, and join in any actions they call, standing in solidarity with them and their work. This is an issue which requires our immediate and ongoing response and action. Beyond feeling horrified, it is clear that we must do something.
This statement was issued August 5, 2016.