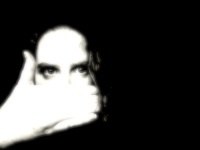 By AJDS Executive Committee Member – Jemima Light
Recently, the Australian Jewish Democratic Society (AJDS) was condemned by the JCCV in a motion moved by the State Zionist Council of Victoria. The motion ‘deplores and condemns the [Don’t Buy from the Settlements Campaign] policy on the basis that it is repugnant to the basic policies and principles of the JCCV and the Executive Council of the Australian Jewry.’ I want to respond to this as an independent voice within the Executive Committee of the AJDS. My opinions are my own. The Executive is made up of a range of voices and opinions, a quality that drew me to the AJDS and lead to my joining the executive last year.
I am writing in direct response to the motion passed in the plenum meeting – both to the content and function of the condemnation. I want to affirm my support for the Don’t Buy from Settlement campaign and in doing so show that I will not be silenced. I believe that the JCCV condemnation policy was enacted primarily for the purpose of silencing this perspective within the Victorian Jewish community.
While the Don’t Buy from the Settlements campaign is not formally articulated as being part of the BDS movement, I would like to speak on BDS in general and my position on it, as it has been raised in different ways throughout discussion about the campaign.
I’m not going to firmly state that I am pro-BDS, even though I have engaged in boycott tactics in the past, and will in the future, because I think it is reductive and limiting to do so. In the same way, condemning or stating clearly that one is anti-BDS (or anti-Israel) is reductive and limiting. Supporting BDS isn’t an identity and it doesn’t necessarily align me with other individuals and movements who support BDS. I have encountered BDS tactics in many places, taken on differently by different movements.
I have seen BDS in Palestine, in Israel (mostly by Israeli Jews), in Europe, America and in Australia. I have engaged with many of these groups, agreeing and disagreeing with different positions and tactics. The principles of BDS and the way certain issues have been framed and discussed have taught me a lot about the Palestine/Israel conflict. They taught me to question and challenge deep-rooted assumptions I held. I first learnt the importance of openly challenging injustices as part of my education at Mount Scopus College, the Jewish day school I attended for 16 years.
Therefore, I find it particularly offensive when any position supporting a BDS tactic is framed as repugnant and ‘anti-Israel.’ Not only is this silencing and marginalizing certain voices, but framing BDS as repugnant (and often inherently anti-Semitic) renders invisible the ways in which BDS has been taken up by Israeli Jews and Jews around the world who struggle in solidarity with Palestinians.
The fact that Jews may be critical of Israel doesn’t make sense according to a certain (often most outspoken) Zionist narrative (in which Israel is the natural homeland of all the Jews) so it is often ignored or dismissed as self-hating. It challenges the Zionist narrative as it raises the possibility that not all Jews support the notion, or current practices, of a Jewish State. It misses the point that sometimes the positioning of the State of Israel as the only safe place for Jews is destructive for Jewish communities outside of Israel, who are fragmented and fear driven. This leads many members of these communities to fight for a different articulation of Diaspora Judaism, one that is able to thrive outside of Israel. A Diaspora Judaism that focuses on our own communities and networks as well as engages with the wider community in ways which are mutually beneficial and enriching.
BDS demands equality for Palestinians, not just in theory, but also in practice. BDS provides a means of creating dialogue through co-resistance. This is contrasted against co-existence movements with a focus on increasing dialogue between Jews and Palestinians, the aim of which seems to be tolerating difference without any intention of dismantling oppressive structures and which ignore (and thus render invisible) the inherent power imbalance between Jews and Palestinians in the region. But this model of co-existence means Palestinians continue to exist in a military occupation. Co-resistance means addressing root causes of inequality, not just addressing its effects. BDS is a tactic. Other tactics (both violent and non violent) have been tried and thus far have failed.
Another argument directed against campaigns, which use BDS tactics, is that BDS is unfairly (and is thus anti-Semitic) targeted at Israel, when other countries in the region commit atrocities. But BDS isn’t just about Israel. It recognizes the complicity of corporations and international organizations in perpetuating the Occupation. It encourages us to ask: who profits? This also challenges the solely ideological formulation of the conflict and points to the fact that there are corporations and individual players that profit from the Occupation. Bodies that are powerful and who have a vested interest in perpetuating the oppressive structures of the Occupation rather than challenging them, interests that don’t include those of most Palestinians and Israeli Jews but rather are driven by profit and expansion. BDS demands international accountability, for the international community to look at our own governments’ role in perpetuating injustice.
I hope that the JCCV decision to condemn the AJDS does not silence voices that challenge the status quo – these are the voices that have affected change throughout history. They are the voices that contribute to a diversely rich Jewish community.