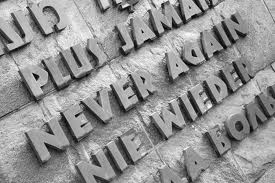 By AJDS Executive Committee Member – Dennis Martin
At a recent plenum meeting of the JCCV the policy of the AJDS calling for a boycott of goods manufactured in the West Bank was strongly condemned by a large majority of the attending delegates. This response did not come as a surprise as I fully understand the fierce commitment to Israel by the majority of the Melbourne Jewish community and their equally fierce opposition to anything that they consider a challenge to the security of Israel or anti-Semitic. Unfortunately, many of the delegates equated the specific campaign to avoid buying Israeli products produced on the West Bank with the global BDS (Boycott, Divestment and Sanctions) movement which supports a blanket economic, cultural and academic boycott of Israel. Some of the opinions expressed about the AJDS at the plenum meeting were quite robust and emotional. Listening to these opinions I was struck by how shared experiences can result in quite different responses. I would like to consider two of these experiences.
One of the delegates, representing Holocaust survivors and their families felt that the call to avoid buying Israeli West Bank products was an affront to the memory of all those who had perished and their families.  I cannot accept that the memory of Holocaust victims can be used exclusively in this way. There is hardly a member of the AJDS whose family was not touched by the Holocaust and we have also had survivors in our membership.
Responses to the Holocaust are varied and all must be respected as genuine. Some survivors lost their belief in God while others came through the experience with their belief tested and strengthened. Similarly many survivors said, “Never again. Never again will anybody be able to raise a hand against the Jewish people with impunity”. Yet other survivors said, “Never again. Never again will we stand idly by while one group of people oppresses another. Never again will we be silent in the face of racism or the denial of human rights”.
It was this spirit that animated many Jews to oppose the Apartheid regime in South Africa, to play an active role in the civil rights movements in America and to be at the forefront of the movement to advance the rights of Indigenous Australians. The first response to the Holocaust is particularistic and aims at the vigorous defence of Jews. The second response is universalistic and believes that all people have basic rights that should be protected. A failure to protect the rights of others may lead to the loss of rights for Jews. The AJDS call to avoid buying Israeli settlement products is rooted in the lessons and values we learnt from the Holocaust.
A second delegate railed against the AJDS for attacking Israel from the security of Australia. He said that Israel is under attack, its cities are subject to rocket attacks and its brave soldiers are putting their lives on the line in our defence. He said that the AJDS should be ashamed of itself and didn’t deserve to be part of the Jewish community.
It may come as a surprise to that delegate that several members of the AJDS have served with pride in the Israeli Defence Forces (IDF) in both peace and war on the West Bank and in Israel (something which the speaker himself has not done) and it has been this experience that has help formed their beliefs. These members believe that the West Bank settlements are an obstacle to peace. The AJDS campaign to avoid buying settlement products is made in defence of Israel not as an attack on Israel.