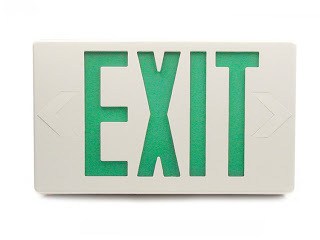 In March – timed to coincide with Pesach – AJDS launched a new campaign – Don’t Buy Settlement Products. This campaign consists of a website and facebook page. The website provides information about why settlements located in the West Bank and Golan Heights are harmful for Palestinians and Israelis, as well as informing readers which products to avoid buying. The facebook page regularly shares new articles through which readers can learn about what the effects of the Occupation are, and can read opinion pieces from Israelis, Palestinians and Jews around the world which offer ideas about how we can respond to what goes on.
The campaign so far has been incredibly successful. Hundreds of people have read the information provided and shared it widely.Unfortunately, the response from some sections of the Melbourne Jewish community has not been enthusiastic. You might have seen articles in the Australian Jewish News, Haaretz, or Galus Australis detailing some of the critical responses from the JCCV and the ECAJ.
At the JCCV plenum meeting held on May 6, Nina Bassat, in her President’s Report, raised the issue of the affiliation of AJDS to the JCCV. In response, the AJDS presented the statement which you find below.
The AJDS has contacted the JCCV, and has been trying to organise a meeting with them. Unfortunately the JCCV has not been able to find time to meet as yet, but we are hopeful that a meeting will be arranged as soon as possible.

In her President’s Report, Nina Bassat mentions the recent campaign run by the AJDS entitled “Don’t Buy Settlement Products”. Given this, we thought it was important to provide some background to this campaign, and a brief response to the comments made. In March AJDS launched a campaign urging both Jewish and non-Jewish communities to avoid buying products made in settlements as a step toward supporting a just and lasting peace for Israel and her neighbours. This campaign is in no way associated with the global BDS movement: it is an independent campaign with different aims and intents. AJDS considers settlements an obstacle to peace, as they destroy all conceivable options for a future division of land in Israel. Settlements also create enormous hostility between Israelis and Palestinians.
The press release to launch the campaign stated that: “not buying products from settlements will not work on its own, but it is one small step that we can take. When we add in the possibility of sharing knowledge about what the settlements mean and what they do, together with the capability to have these difficult conversations about what kind of Israel we want to create, we can work alongside Palestinians, Israelis, and people throughout the diasporas to create an exciting, liberating future.”
Indeed, this is one of a series of campaigns and activities that AJDS has run in relationship to Israel. At times we have focused on the problems Israelis have created, at other times on the problems Palestinians have created. This is one campaign among many and should be thought of as such.
The view that settlements are one of the obstacles to peace for Israel, while disagreeable to some in Melbourne’s Jewish community, is also one that is undoubtedly shared by a significant proportion of our community.  Importantly, it is also a view that many polls have shown is shared by the majority of Israelis.  Polls in January this year showed 64% of Israelis support heavy cuts to government funding to the settlements[1].  One poll conducted by the Hebrew University in 2010 found that 60% of Israelis support “dismantling most of the settlements in the territories as part of a peace agreement with the Palestinians.”[2] It is also the official position of the Meretz Party in Israel, and other minor parties in the Knesset.
We accept that many who consider settlements problematic may disagree with our campaign.  We also note that hundreds of prominent Israelis and Diaspora Jews around the world support some kind of sanction against the settlements as a step toward achieving peace, including not engaging with settlement universities, not performing at settlement theatres, or not buying settlements products.  Israelis who share these views include famous authors A. B. Yehoshua, Amos Oz, David Grossman and Aharon Appelfeld, University Professors such as Dr. Nir Gov, professor of chemical physics at the Weizmann Institute of Science, Nissim Calderon, Professor of Literature at Hebrew University, Danny Rabinovich, anthropologist at Tel Aviv University and Haaretz journalist, and prominent Israeli film, tv and theatre personalities Yehoshua Sobol, Yossi Pollak, and Anat Gov, Eitan Fox, Yair Garbuz, and Doron Tzabari, and former Knesset member for Avoda Avraham Burg.  Outside of Israel, Frank Gehry, Daniel Barenboim, Tony Kushner, Ed Asner, Mandy Patinkin, Peter Beinart and the list goes on.
The JCCV executive responded to our campaign with statements to community media including “Whilst the JCCV recognizes that its affiliates have the right to formulate their own policies, this campaign is repugnant to the long-standing policies of the JCCV and indeed to the views of the majority of our community. The philosophical differences between the JCCV and the AJDS are such that I propose to bring for discussion to our next meeting the future of the AJDS as a JCCV affiliate.”
We are therefore forced to ask: What philosophical difference? Does JCCV have a position that settlements are acceptable, and that no affiliate organisation may speak out or campaign against them? Or is the philosophical difference with the campaigning methods of the AJDS, despite the fact that so many leaders both in Israel and the diaspora have taken the action of avoiding settlement products and institutions?
In its statement of purposes the JCCV asserts that its first purpose is “To represent the Jewish community of Victoria”.  The AJDS has been a part of the Jewish community in Victoria since 1984 and has been affiliated with the JCCV since 1993.
We are saddened that the JCCV would open a conversation to consider disaffiliating a Jewish community organisation because of a difference of opinion on how to engage with Israeli politics.
JCCV affiliates may not all agree with the AJDS’ campaign, but a healthy discussion and disagreement provides the challenge we need to maintain open minds and an inclusive, resilient community.
The JCCV, as the roof body of the Jewish community in Victoria, must recognise that our community is large and complex. There are innumerable different versions of Jewishness, Judaism, and relationships to Israel contained within it. It is not the role of the JCCV, or the different affiliates, to police what is an acceptable expression of Jewishness or Zionism. The JCCV should be focused on fostering an open, inclusive and dynamic Jewish community. Disaffiliating, or sanctioning, the AJDS would be a step in the wrong direction for a diverse, and politically pluralistic Victorian Jewish community, and for Jewish communities around the world.
AJDS Executive
6 May 2013