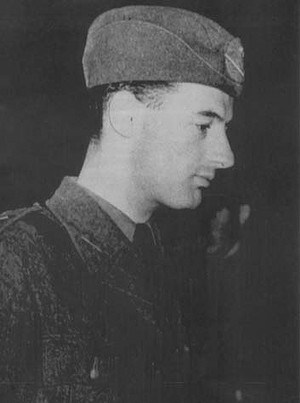 The Hon Julia Gillard MP
Prime Minister
CC: The Hon Brendan O’Connor MP, Attorney General Mark Dreyfus
Dear Prime Minister,
The Australian Jewish Democratic Society (AJDS) commends the Prime Minister Julia Gillard, Opposition Leader, Tony Abbott, and Governor-General Quentin Bryce for awarding an honorary citizenship to Raoul Wallenberg, who worked as a people smuggler and helped save thousands of people from becoming victims of the Holocaust.
We look forward to the day when that spirit of recognition of the hardships faced by people who flee oppression in foreign countries influences Australian policy towards the asylum seekers who try to come to our shores, and the people smugglers who assist them. With that spirit in mind, the AJDS calls on the Prime Minister, as well as the Immigration Minister Brendan O’Connor and Attorney General Mark Dreyfus to immediately close down both the offshore processing centres in Nauru and on Manus Island as well as the Australian immigration detention centres. We further call for all those asylum seekers and refugees currently detained to be released into the community (in particular the 55 people whose refugee status has been recognised but who have been unjustly given negative ASIO assessments), and for them to be given work rights and access to welfare assistance. We hope that the humanitarian ideas expressed in Wallenberg’s work can one day soon influence the policies of this government.
Yours sincerely,
Jordy Silverstein on behalf of the Australian Jewish Democratic Society
8 May 2013