Where will hope come from? :: Bassam Dally 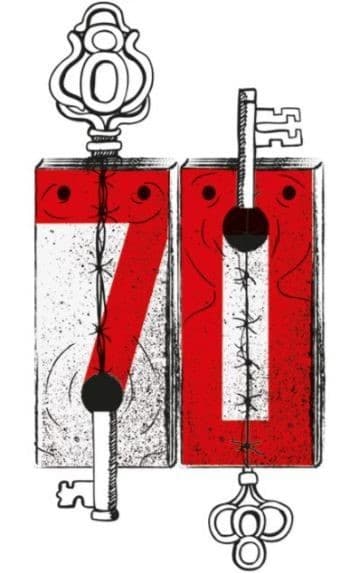 Bassam Dally is a Palestinian-Israeli-Australian academic, advocate and commentator. He is an executive member of AFOPA and Vice President of APAN.

“We should establish a new organisation called Palestine-Israel Liberation Organisation” said Obada in a conference on Palestine, late last year in Adelaide. He explained that Jews and Israel need liberation as well, to the surprise and approval of the attendees in the room.

“One democratic state with equal rights” said Gideon the evening before, to a standing ovation and approval of those in attendance.

“A bi-national state where everyone can live wherever they like” said Tamir, while discussing his initiative over a cup of coffee in Tel-Aviv.

“If they don’t want peace, we want All of Palestine” said Hanna while looking at images on my Facebook page.

Those are but few of the voices that I hear in different fora, social media and circles. They are responding to a crisis in confidence of the ability and intentions of the leadership in Israel-Palestine. They all watch in despair the daily news of increasing intolerance, ugly institutionalised racism and a public discourse reminiscent of Fascism and Nazism of the thirties of the last century, and wonder how to break this circuit and change the tide.

So, how did we get here and how do we get out of this dark tunnel?

Understanding the motives of the dark forces that led to such an abysmal state of affairs requires an understanding of the ideology that helped create the fatalistic us or them mentality.

On the Jewish side, the more than a century old nationalistic, some say racist, ideology of Zionism has helped create the Israeli state. It was conceived of at the height of the colonial era and is clinched to by many Jews in Israel and around the world believing that creating an ethno-centric state will help protect Jews even in diaspora!! Those same communities are well aware of its outdated premise of a purist state in a globalised world, and its obvious contradiction with their own lives in diaspora and when brandishing the “Jewish and democratic” slogan again and again. While this socio-political structure has been followed for the last seventy years, it is most recently that its absurd, racist and anti-social nature has been most obvious. Un-phased by almost unanimous criticism worldwide, the current government in Israel has legislated and adopted open policies of separation, segregation and dehumanisation. Not only against the Palestinians but also against the African refugees in Israel, solely because of their colour and race. Last Wednesday, the Israeli Knesset passed the Jewish Nation-state law that affords only Jews the right to self-determination, declares ‘Jerusalem united’ and encourages the establishment and consolidation of Jewish only neighbourhoods and towns. The supporters of this bill in the Knesset believe that they are acting to finally achieve a true manifestation of Zionism in Israel, the way it was intended.

This lurch to the extreme right has been fought by a variety of Jewish groups in Israel and elsewhere. Some have attempted to create softer versions of Zionism often referred to as ‘liberal Zionism’ and others declared their opposition to Zionist ideology altogether. Those groups understand the inevitability of the defeat of Zionism as an idea, in the 21st century. This is particularly so because of Israel’s need to maintain its trade and relations with the rest of the world and avoid the risk of isolation and boycott.

On the Palestinian side, the influence of the secular liberation movement, namely the Palestine Liberation Organisation, PLO, has diminished giving way to the rise of hard-line religious based groups, like Hamas and Islamic Jihad. The demise of the PLO was due to the rise of political Islam in the Middle East, particularly in Egypt, the financial support from Saudi based groups with Wahabi ideology and the help provided by the Israeli government, especially in Gaza. It is well documented that the Israeli government worked to diminish the influence of the PLO in the Palestinian Occupied Territories and turned a blind eye to the flow of funds to Islamist groups. Those groups established civil society institutions and provided direct aid to those families who joined their ranks. In 2006, those Islamic parties entered the political scene and were elected to power on a platform of anti-corruption, social services and a strong stand against expansionist Israeli policies. What followed was a rejection of Hamas’ government by the West and the re-start of armed resistance. The decision to reject Hamas was later found to be counter-productive by many governments and commentators in the West.

The rise of political Islam in Palestine has shifted the focus in the mind of a sizeable minority from a national liberation struggle to a religious struggle between Jews and Muslims, and liberating ‘God’s land’ (Waqf). This shift in ideology has empowered the leadership to choose a path that has led to tragic and terrible terrorist acts of violence in buses, cafes and bus stops against civilians. Islamic groups have also found fertile grounds in Palestinian refugee camps in Lebanon, Syria and Jordan. Those impoverished and disenfranchised, and mostly stateless, communities found hope and future through Islamisation of the conflict. While support for the Islamists groups remains strong, the Palestinian Authority or the PLO did not change its stand on Jews or Israelis, did not change its laws and practices and maintained its willingness to reach an agreement based on the principles of Oslo.

The above, rather simplistic, analysis may provide some insight into the ideologies that have played some role in shaping the current state of affairs. Nonetheless, it does not include external factors, geopolitical factors and internal politics. Regardless of the underlying causes, it is clear to me, and many others, that the current course of action is leading us, All of us, to a regrettable future of racism, continued bloodshed and wars.

Those who care to look closely, will find many positive signs in both communities that want to challenge the destructive path and look to reverse it. In Israel and among Jewish and Palestinian progressive groups around the world, you will find opposition to the occupation, the settlements and the racist laws and practices. Groups like Israeli Committee Against House Demolition, Breaking the Silence, MachsomWatch, B’Tselem, Adalah, Sikkuy, Mosawa, Peace Now, Jewish Voices for Peace, Jews Against the Occupation and many others. Some deal with the symptoms and others fight the causes of the conflict, the discrimination and racism. These groups vary in influence and impact but play an important role in providing hope and the vision for others to follow.

In Australia, the absolute majority of Palestine support groups have the international law framework and human rights at the core of their beliefs and agenda. Few Jewish groups in Australia have stood on the right side of history and opposed the destructive policies, the racist laws and the bloody occupation. They do so under enormous pressure from Jewish and Zionists groups who provide blind support for Israel and its government policies, even though it contradicts their own set of beliefs and values. The term Progressive Except on Palestine, comes to mind.

In asking what role diaspora Palestinians and Jews should play to help forge the path out of this dark tunnel, one should leave ideology and anger behind and revert to basic human instincts. It is time that we, Palestinians and Jews in Australia, join forces to advance the cause of justice and peace, and work together to end the violence, the racism, the apartheid system and the
occupation.

Equality, human rights, fairness, security and trust should be our guiding principles if hope for a better future is to eventuate.