The letter that the Australian Jewish News would not run. 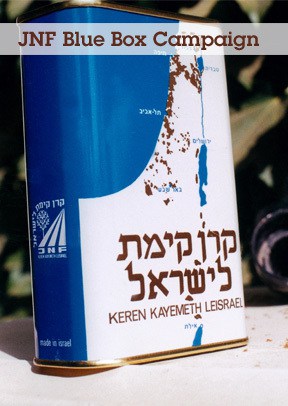 This letter was submitted to the Australian Jewish News on January 21, 2013,  ahead of a major fundraising drive by the Jewish National Fund. The editor has indicated that he will not publish it.
Once again, the Australian Jewish community is being hindered from hearing other voices by a media outlet which considers itself inclusive and authoritative.

Dear Sir
With the Jewish National Fund (JNF) “Green Sunday” coming up, this year raising money for projects in the Beersheva region, there are some important reasons why we need to think carefully about the role that the JNF plays in Israel. For instance,
* Despite some tinkering due to recent court cases in Israel, the JNF charter prohibits the sale or renting of land to non-Jews. Yet Israel is supposed to be a state for all its citizens.  Would we support such a form of discrimination against defined groups of citizens in Australia?
* The JNF receives land from the forced removal of Bedouin villages in the Negev. While the JNF claims that such Bedouin settlements are unlawful, the deliberate resettlement of indigenous populations such as the Bedouin (and they are classified as such) clearly breaches international protocols. One village, Al Araqib, has been demolished 45 times, and its demolition orders are currently facing Supreme Court appeal.
* For decades now, the JNF’s forests have been used to cover up destroyed Palestinian villages. The villagers, many of whom fled and were not involved in hostilities, have no right to return or to claim compensation.
* The JNF continues to plant pine trees even though it is very clear that this is environmentally irresponsible and contributes to devastating forest fires.  They are the wrong trees for the local environment.
* The JNF is active in the Occupied Territories, through its involvement with evictions of Palestinians in East Jerusalem. Supporting the Occupation in this way politicises the JNF in a very divisive way.
There are more ethical, non-discriminatory and environmentally-friendly organisations in Israel which deserve the support of the Australian Jewish community. These include the Green Environment Fund and Friends of the Earth Middle East, as well as Israeli hospitals which offer treatment without fear or favour, and of course, social development organisations supported by the New Israel Fund and other organisations. With the establishment of Israel over 65 years ago, it’s past time for us to think seriously about our support for the JNF.
Executive,   Australian Jewish Democratic Society