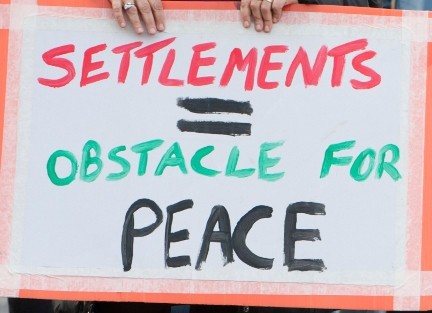 There is controversy about the AJDS-supported campaign for people to not buy products from the settlements. In response to an article on Galusaustralis, Harold Zwier made this comment, which is worth quoting in its entirety. Harold is long-standing member of the AJDS and retired member of the Executive. His comment below  deserves wide circulation.
[T]he AJDS was admitted as an affiliate in October 1993 on the eve of the signing of the Oslo Accords. I was at the JCCV plenum meeting on that evening and remember that Isi Leibler, who was visiting Australia at the time, said that if the JCCV did not accept the AJDS as a member (it had failed to gain the 2/3 majority in its first attempt, after being invited to join by the executive of the Victorian Jewish Board of Deputies [as the JCCV was then known]), it would be the laughing stock of the Jewish world.
Over the years the AJDS has participated in and initiated a number of significant debates in the JCCV, including the Wik legislation introduced by the Howard government to curtail native title rights, the application by a gay & lesbian support group to affiliate with the JCCV, anti-terror legislation and others.
Issues relating to Israel and the Middle East have proved to be the areas of most tension between the AJDS and the JCCV. The JCCV has never quite embraced the notion that in order to legitimately claim to be the community roof body means it needs to accept the diversity of views that really do exist in the community.
While it is almost certainly true that all affiliates of the JCCV fundamentally support the existence of Israel (the AJDS included), the JCCV is not the Zionist Council – it is a broader based roof body that includes organisations whose central focus is locally based, as well as Zionist and non-Zionist groups. The Zionist groups may indeed disagree passionately with the latest AJDS campaign – and have every right to argue against it – but the JCCV should remain above the fray, as it has on the quite fundamental differences between Orthodox and Progressive Judaism – both of whom are represented in the JCCV.
On the specific issue of the AJDS campaign, both the Zionist Council and JCCV are aware that there are many people in the Jewish community who think that the Israeli settlements on the West Bank are detrimental to the future of Israel. For consumers of Israeli products to be able to make a choice about the particular Israeli products they choose to buy, both supports Israel by aiding its economy as well as avoiding support for aspects of Israeli policy about which there is disagreement. It’s a campaign about which there can be legitimate opposition, but it is hardly “repugnant” in any objective sense.