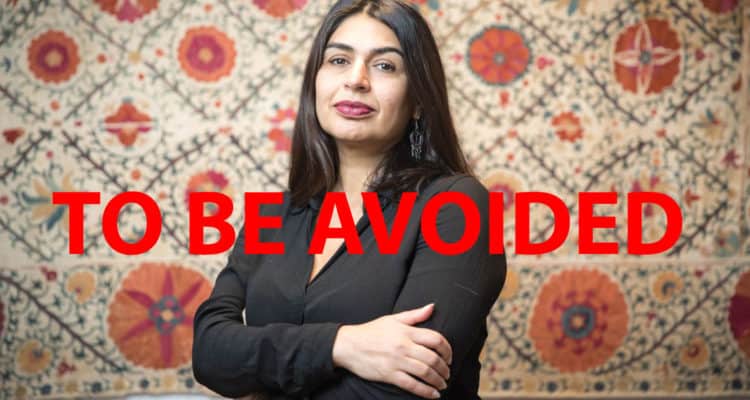 Orly Noy, a Mizrahi journalist and activist from Jerusalem, recently visited Australia on a speaking tour organised by the Australian Jewish Democratic Society (AJDS). Alongside a series of successful events in Melbourne and Sydney, in which hundreds of people heard her wisdom and insight, an event at Emanuel Synagogue was cancelled four days before the event, and the Executive Council of Australian Jewry (ECAJ) issued a complaint to the ABC condemning Orly’s interview on the RN Drive show. It is extremely disappointing that our Jewish institutions and so-called representative bodies feel that they are the gatekeepers of who is allowed to be a part of the Jewish community, based solely on what’s deemed a suitable political position on Israeli government policy.

The decision by Emanuel to cancel the event, titled ‘Conversations on Israel,’ just days before on the mistaken grounds that AJDS endorses BDS is both hypocritical and discourteous.  It would seem that for them, it’s okay to boycott Israeli voices on the topic of Israel, yet it’s not okay to boycott Israel. Are we allowing our community to be so constrained by fear that we cannot even start such conversations?

And then for an Ashkenazi dominated institution, such as ECAJ, to lecture a Mizrahi political activist about the Mizrahi experience, her supposed lack of nuance, and even the definition of ‘Mizrahi’, is an arrogant and racist position to take.  The irony of dictating such definitions while misspelling Mizrahi throughout the complaint further highlights the absurdity of it all. The logic of pointing out a number of high ranking Mizrahi officers in the Israeli Defence Force (IDF) as a basis to claim that Mizrahim have full equality is simply naive. As a group, Mizrahim have lower wages than Ashkenazi Jews in Israel[1] and, as explained by Orly in the interview, are largely over-represented in the lower positions of military service. If we were to follow ECAJ’s logic one could argue that we have gender equality in Australia because we have had a female Prime Minister and various women in successful positions. We know, of course, that it is not that simple.

But the discussion around Mizrahi identity is not the point. It’s not solely why ECAJ was moved to issue their complaint. It’s because Noy challenges the narrative of the Mizrahi experience that Zionism has so loudly, and falsely, asserted: that Israel rescued the poor persecuted Jews of Arab and Muslim countries, away from hostile and barbaric Arabs and into “the villa in the jungle”. To speak of the mistreatment of Mizrahim upon arriving to this new land, of their status as second-class citizens, of the stealing of Yemenite children, and of the racist project of ‘de-Arabising’, challenges the self-image of morality that Zionism so desperately clings to.

In her speaking tour, Orly Noy brought a fresh voice to the Australian Jewish community.  We had hoped that our community could grow and deepen from hearing this different perspective. And whilst many did, others have tried to censor her voice from being heard.  The AJDS works to support an inclusive, pluralistic and vibrant Jewish community. This is the future that we are working with many people to grow, and you are all welcome to join us.