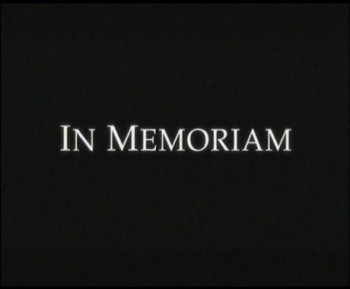 By Sol Salbe
Bob Kamener who was a mainstayer of the AJDS for quite a few years, died in his sleep on the 3rd of December, 2014. He never pushed himself to the forefront but his generosity and wisdom played a key role in the many activities which the AJDS partook or often more importantly, didn’t take. He never spoke much but when he spoke people listened.
Bob was born in Johannesburg in 1930, the oldest child of Bella and Lipman, who met in South Africa, having come independently from Lithuania some years earlier. Mayfair, the suburb he grew up in, was a tough area to live, especially as an observant Jew, where he and his friends were often picked on or chased by other boys, or even had stones thrown at them.
That’s when he learned to run and run, later becoming a champion middle distance runner. He loved sport generally and was involved in his youth with a Jewish soccer team, even though he rebelled against his family’s religious orthodoxy.  He was also an avid reader which brought an interest in politics at an early age. It was an interest he never gave up till his dying day, as anyone who has seen Renate and Bob’s book collection could attest. He became involved with the Leftist Zionist Youth movement Habonim where his interest in discussing politics only grew.
The forties and early fifties, when Bob finished school and went to university, were the years  in which Apartheid became more formally and firmly established. In that stifling environment, Bob chose to take risks and join one of the Trotskyist groups whose activities always verged on illegality. Certainly getting into the black townships where he sought information and distributed leaflets was quite dangerous as the authorities didn’t take kindly to that. Bob managed somehow to maintain  a high level political involvement, play sport which by then was rugby, study medicine including winning the University Medal, as well as somehow managing to meet his life-long partner and wife Renate .
The two of them were very politically involved for quite a few years afterwards. Together they continued to visit townships and bravely sold the group’s newspaper in violation of the law. They provided shelter when another member of the group was pursued by the authorities, but he eventually ended up in the notorious Fort prison in Johannesburg, where Renate visited him – a very scary experience, so she and Bob were very well aware of the risks they were themselves facing.
Bob’s career took the two of them to the University of Philadelphia for eighteen months where Bob had won a post-doctoral scholarship. There, he was involved with cutting edge research on lung development – in fact the paper he produced is still used as reference today, more than fifty years later, though he was never recognised for it as his Professor took all the credit.
The prospects of reform in South Africa were so dim, and it was also not the kind of place they wanted to raise their children. So Bob and Renate migrated to Australia with Bob continuing his career as a lung specialist. But by 1968 he decided to become a general practitioner. For Bob it was always the ability to do good that counted the most and he figured that he could do more for his patients as a GP. Politically it was also turning point as four years later Gough Whitlam led the Australian Labor Party to victory on a program of a National Health Service. [The ALP actually had a printed program!] Medibank, the forerunner of Medicare encountered a great deal of opposition from the Australian Medical Association.
In 1973 Bob was one of those involved in establishing the Doctors’ Reform Society (DRS) to support Medibank and provide an alternative voice to the AMA.  The DRS considered it was supporting not only doctors but also the patients’ interests. Bob was at one point DRS president. Typically he was fearless and in at least one newspaper interview he pointed out the role of the private health funds in the campaign against the government’s scheme.  He helped give the DRS a political direction and in turn, the DRS was able to assist in the mobilisation of unions and others in support of the government. As Rabbi Jonathan Keren Black pointed out in delivering the Eulogy at Bob’s funeral, it may be that without the political determination and expertise of Bob and his colleagues, today Australia could still be going through the contortions and injustice that the US is experiencing today.
Bob practiced what he preached. Earlier in his life in South Africa he treated patients of colour illegally in Whites Only hospitals. As a GP, even before Medibank permitted him to bulk bill the government directly he never refused  a sick person medical aid, irrespective of their ability to pay. As Bob’s son Marty recalls, he had quite a few patients with bad debts.
Over the years Bob’s politics mellowed but not his commitment. He was a member of the ALP and the AJDS rather than more radical formation but he always gave it his all.
One slightly more radical activity was his involvement with BUGA UP – Billboard Using Graffitists Against Unhealthy Promotions. In those days cigarettes were being advertised on billboards.  The artists used to deface and alter the billboards, often in a humorous way.  Bob, who never forgot his research into the treatment of lung disease, joined several medical colleagues on those expeditions acting as a driver. It is said that Bob was a slow getaway driver as he was reluctant to break the traffic laws. Bob managed to keep that aspect of his life secret (having heard from a daughter of one of the other participants I was able to later confirm it with Bob – Sol).
Sol Salbe was a friend of Renate and Bob Kamener. Many thanks to Rabbi Jonathan Keren Black, Larry Kamener, Marty Kamener and  Josh Kamener for additional information.