Since 2008 activists around the world have been sailing to Gaza to break through the Israeli siege and pressure governments to take action. Under a global coalition- Freedom Flotilla Coalition- this year another boat will embark on this journey.

On the panel:
Samah Sabawi is a Gazan Palestinian living in Melbourne. She is an award winning author, playwright, and poet and a political analyst for Al-Shabaka, the Palestinian policy network. Samah’s family was forced into exile from Gaza a week after she was born, and 2 months after the 67 war and military occupation of Gaza. She was also one of the australian spokesperson for the 2018 freedom flotilla
James Godfrey is an organiser of Free Gaza Australia and spokesperson for the Freedom Flotilla Coalition. He has worked as a volunteer supporting all of the Freedom Flotilla projects since 2011. He is a PhD researcher examining the effects of a counter terrorism requirement in England on freedom of speech re Palestine at universities.
Michael Shaik was the Media Coordinator for the International Solidarity Movement in the Occupied Palestinian Territories. He was one of the founders of the FREE GAZA campaign to break Israel’s maritime blockade of the Gaza Strip and worked as the Public Advocate for Australians for Palestine from 2007 to 2010. He is a contributor to three books on the role of non-violent direct action in the struggle for Palestinian independence and has commented on Israeli-Palestinian affairs for The Age, The Australian, The Canberra Times, ABC Radio National and SBS television and radio. He currently works for the Australia Palestine Advocacy Network
Powerpoint presentations 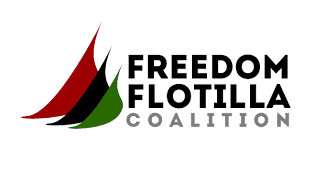