Antisemitism in the Palestine Solidarity Movement?

By Vivienne Porzsolt
This is an abridged version of a paper presented at National Conference, BDS – Driving Global Justice for Palestine, University of Sydney, 28 -29 July 2017
View the entire panel below.

While others have spoken of the spurious charges of antisemitism used to silence opposition to Israel, I will examine and address the extent to which real antisemitism may exist.

First, let me deal with the term ‘antisemitism’. It is a European term for a European phenomenon – hatred and fear of Jews. It implies that Jews belong to an alien pseudo-race, like Arabs. To spell it hyphenated with the ‘s’ in antisemitism spelled uppercase, implies there is a race of ‘Semites’. This is spurious. The term ‘Semitic’ can be legitimately applied to a group of languages, not to a supposed ‘race’. To hyphenate the word gives credence to the racist paradigm. Hence ‘antisemitism’ should be one un-hyphenated word. 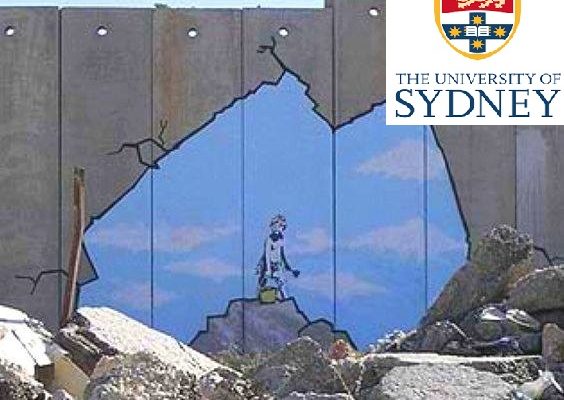 View some of the other sessions at the BDS Conference in Sydney, July 2017

It is with some ambivalence that I address this question of antisemitism in the Palestine solidarity movement. This arises from the attitude to it in the movement, an attitude with a partially reasonable basis. It is this hesitancy and ambivalence that I wish to examine.

After all, we are here to fight for the rights of the Palestinians. It is Jews in the form of the Zionist movement who have dispossessed the Palestinians. Not ‘the Jews’, but some Jews, even if for a relatively short historical period, most Jews. These Zionist Jews justify the crime of dispossession in the name of justice and historic and religious entitlement.

And world-wide, the official Jewish leadership is dancing the military two-step with Israel, endorsing its every action, right or wrong. It can appear inappropriate to even raise the question of prejudice against Jews.

So, why ask the question of antisemitism in the Palestine solidarity movement at all? To effectively fight the false charges of antisemitism, we need to be impeccable in challenging the genuine article. If we do not take our stand firmly on the basis of justice and universal human rights, we lose the ground on which we can effectively fight in support of the Palestinians. For the integrity of our movement, we need to fight <em>all</em> prejudice, including antisemitism.

Since in the movement, we are so often accused of antisemitism, it makes sense to check out the extent it may manifest.

We exist in a society where, historically, hatred of Jews has been deeply entrenched.

In the wake of the horrors of World War II, overt antisemitism has been very much on the nose. That is why the accusation of antisemitism is such an effective weapon for the Zionist Lobby for silencing criticism of Israel and Zionism.

The far right is rearing its ugly head. Along with extreme nationalisms and xenophobia, hard-line antisemitism is growing across the world. Even the security agencies in this country have named the far right as an emerging threat.

Jeff Sparrow has shown in a recent article in <strong><em>Overland</em></strong> how News Ltd allows some really shady, outright antisemitic writers to hide behind more mainstream right-wingers like Mark Latham and Rowan Dean. Synagogues have been bombed, Jewish cemetaries desecrated. While isolated, these incidents are not trivial.

The contemporary currency of the <strong><em>Protocols </em></strong>is fuelled by opposition to the Zionist project as well as classic antisemitism. I need to stress, right up front, that I have seen nothing of this hard-line antisemitism that Jeff Sparrow refers to in the Palestine solidarity movement in Australia.

More prevalent in ordinary conversation, both in our movement and in the wider society is what I call common garden antisemitism. This is long-standing. There is a surprising amount of  casual antisemitism about the wealth of Jews, about Jewish power, Jews controlling the world and so on. It astonishes me how easily people can continue to express such negative stereotypes about Jews. How acceptable it is, without social sanction.

While there is a clear difference between common garden and hard-line antisemitism, it is  only one of degree. Indifference to the minor forms can lead to growth and acceptance of the other. Insofar as these general social trends operate in our movement, we must be vigilant in noting and eliminating them.

Just because Islamophobia is centre stage and much more prevalent doesn’t mean we should close our eyes to signs of antisemitism or be held back from confronting it by the ambivalence I have noted.

Both antisemitism and Islamophobia are hatreds which grow from the same ugly roots and they feed each other. The poison spewed by the likes of the United Patriots Front is traditional hard-line antisemitism, lurking in the wings but gaining a foothold in the mainstream alongside Islamophobia and xenophobia. Its actual existence, even if currently at the margins, demonstrates its deep roots in European culture. It sits there, waiting to emerge at times like now, when people are attacked on all sides by uncertainty, injustice and rising inequality.

We can best challenge the spurious charges of antisemitism if we challenge its real manifestations in our movement.

Antisemitism is a peculiar form of racism. It targets a group for supposedly being privileged and powerful. Because the Left opposes the privileged and powerful, it is easy even for people on the Left, confused by these stereotypes entrenched in European culture, to direct antagonism to this ethnic group instead of to the class that really holds privilege, wealth and power. Even Marx was not immune. That is why August Bebel called antisemitism ‘the socialism of fools’.

And the ambivalence about calling out antisemitism has even a stronger basis within our movement because it is a Jewish nationalist movement, Zionism, that is the direct historical cause of the injustices we fight.

Our task is very much complicated by the fact that anti-Zionism and antisemitism are declared to be the same by our opponents.

No matter how often we say we oppose the historic and current crimes of Zionism, not Jews or Judaism, they declare us to be antisemites.

So we must simply uphold and pursue our goal of justice and rights for Palestinians and not be at all defensive.

I have had a number of experiences of calling out antisemitism in the solidarity movement that I have encountered. Often enough, I let it go. But when it seems useful, I try to deal with it.

One example was at a Palestinian solidarity event a few years ago. While people were arriving before the start of the event, an audio-visual compilation was being projected on to a screen. This was identifying the percentage of Jews in publishing, in education, in finance etc. It was the classic antisemitic trope of the hidden power of Jews, pulling the strings, controlling the world. I felt sick in my stomach. I wanted to walk out.

But I thought ‘No, that wouldn’t be constructive. I need to deal with this.’ So when there was an opportunity to take the microphone, I did. I pointed out how classically antisemitic this presentation was. I didn’t do a censorious song and dance about it. I focused on how it made me feel, the ‘I’ statements they teach you in communications cours
es. I pointed out the indivisibility of human rights and that racism of any kind had no place in our movement.

My intervention was generally well-received, but I wished it hadn’t been left to me to respond.

In a sense, lack of awareness of antisemitism is understandable among those whose history is not European. We have different histories in our movement. Those of us of European background know about this stuff, Jewish and non-Jewish alike. We know about the long dark shadows of antisemitism. Others may not.  All the more reason for all of us, especially of European background, to take responsibility for calling it out. Not moralising, not finger-pointing, just clarification.

And this task should not be left to those of us who are Jewish. Just as other targeted groups feel isolated and abandoned if they are the objects of prejudice and vilification, so do we if we find no allies.

Another example that caused considerable controversy was the cartoon by Glen Le Lievre in the Sydney Morning Herald 26 July during the 2014 onslaught on Gaza by Israel. It showed a yarmulke-wearing man in an armchair with a Star of David on the back, on a cliff-top, TV remote in hand, watching the bombing of Gaza. Massacre as entertainment, as armchair TV spectacle.

It was a very strong cartoon. It accurately reflected a number of published photos of actual Israelis watching, evidently enjoying from afar, the slaughter in Gaza. However, the face of the man was drawn as a heavily antisemitic stereotype. It was worthy of the vile efforts in the Nazi propaganda paper, <em>Die Sturmer. </em>The identifying features, the yarmulke, the Star of Davi
d, were purely Jewish religious, not national Israeli. Had the man been shown with an Israeli flag and with other national identifiers, there would be no problem with the cartoon. It would stand as a valid, powerful statement which could not be challenged as it accurately reflected reality.

There was a huge uproar of protest at the cartoon from the usual suspects. The Editor-in-Chief of the Sydney Morning Herald apologised for the cartoon and said:
<blockquote>’The Herald now appreciates that, in using the Star of David and the kippah, … the newspaper invoked an inappropriate element of religion, rather than nationhood, and made a serious error of judgement. It was wrong to publish the cartoon in its original form.’

Yet here’s the rub. The State of Israel has <em>appropriated</em> the religious Star of David on its national flag. It is a national symbol of Israel as well as a faith. The Zionist movement claims to speak for all Jews, claims that Israel is the Land of all Jews. And the propagandists for Israel call <em>all</em> criticism of Israel antisemitic. They call Jews who don’t support their project ‘not real Jews’ and ‘self-hating Jews’. Given that they believe that Israel belongs to all Jews and all Jews have an inalienable right to the land, there is a kind of logic in calling it antisemitic. The error lies in the spurious elision of Jewish identity with Zionism. Primary responsibility for the confusion lies with the Zionist movement.

A number of the reports on the controversy put the word ‘antisemitic’ in quotes. As if the characterisation of Le Lievre’s cartoon as antisemitic was open to question, when clearly, on the basis of the facial features, it was not. So the real antisemitism of the cartoon, the ugly characteristics of the face portrayed, was ignored.

The cartoon was accompanied by an equally strong article by Mike Carlton, attacking the horrors of the attack on Gaza. There was not a trace of antisemitism in it, yet he was as much a target for the attacks of the Lobby and its allies as Le Lievre’s cartoon.

There is a parallel with many of the cartoons of Margaret Thatcher. Her regime, too, deserved, and received, ferociously satirical cartoons. Some of it was very misogynist. Sexism was used to attack Thatcher’s unjust policies, just as Le Lievre’s cartoon used antisemitism to comment on Israel’s savage attack on Gaza. It is totally unacceptable to use any form of hatred to expose and oppose any kind of injustice. It is counter-productive. It is wrong.

We need to be clear about challenging ourselves and each other, when, as inevitable, we will from time to time, manifest the exclusionary behaviour  we are fighting against in the wider society. This is especially so for antisemitism, that peculiar phenomenon of hatred and fear of Jews.

Despite the challenges and complexity of the situation of antisemitism in the Palestine solidarity movement for, let us not shrink from exposing and confronting it. Let us do this appropriately, constructively, but let us not harbour it.<br /><br />

This post was included in our Just Voices magazine on Antisemitism. See here.