Ann Fink: AJDS and the Don't Buy From the Settlements Campaign – a view from Israel 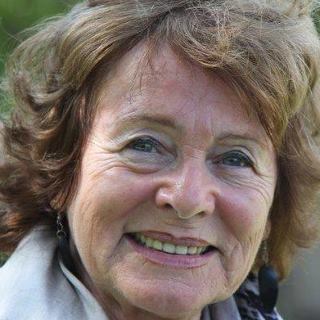 Ann Fink, an Australian-Israeli dual national resident in Israeli and supporter of the AJDS had the opinion below published on Jwire in response to an attempt to brand AJDS as being outside the pale in an opinion by Philip Mendes where he states, “[AJDS] political loyalties always seem to lie with the pro-Palestinian Left rather than the Jewish community”.  This piece looks similar to one that was also published as a comment on Galusaustralis.

Given Ann’s life experience and where she lives, how would he characterize her or other Israelis?  As also outside the Jewish community?   It seems more accurate to say that AJDS political loyalties lie with the Israeli left and a different consideration of political options for Israeli.  Of course, being on the Israeli left may now be considered outside the pale in certain quarters.

Unfortunately, Ann’s  full name was left off her opinion, and it is reproduced here, with her permission.  [LS]
———————————————
I am genuinely curious about the position of JCCV vis a vis the Jewish community of Victoria. Being of a certain age, 74 years, I am very well aware of the divisions with this community over many years. In the immediate post war years, the Bund was a strong and vociferous force in this community. Many and fierce were the arguments between the Bundists and the Zionists. No-one ever dreamed of excluding the Bundists from the Jewish community of Victoria. Their institutions, such as Kadimah and indeed the Jewish Welfare Society were the backbone of this community. Prior to the establishment of the State of Israel, many of the “Anglo Jewish” community also argued fiercely against its establishment.
My husband remembers Rabbi Danglow forbidding children at St. Kilda synagogue from waving Israeli flags on Simchat Torah! Much has changed over the years. The Bundists have reconciled themselves to Zionism, as have the congregants of St. Kilda Synagogue. However where is there any law or regulation which mandates that to be a member of the Jewish community of Victoria , one must be a Zionist in the narrow sense defined by the JCCV.There are those of us who hold Israeli citizenship, pay Israeli taxes, have children and grandchildren in the IDF, AND still find our views quite compatible with those of the AJDS. There are some members of the AJDS who support BDS. There are others who don’t. Some support some sanctions, such as refusing to recognize the so called “University” of Ariel.
Many thousands of Israeli academics, including the heads of all the Universities in Israel (except Bar Ilan) and the president of The Weizmann Institute have adopted this position. Many Israelis refuse to knowingly buy goods produced in the occupied territories because it undermines Israel’s own economy by paying lower wages to Palestinian workers when the same goods were once manufactures in Israel. BDS has had no effect on the Israeli economy. Turkey has doubled the value of its imports over the last year. In a globally interconnected economic world, it is a futile protest. Not one BDS supporter will willingly give away his laptop, iPad or cellular phone, despite their high content of Israeli produced hardware and software.
BDS has only symbolic value. In a free and democratic country people have the right to express their views peacefully. Jews all over the world and especially in the USA, are reconsidering their relationship with Israel. They have every right to do so AND remain Jewish. For the JCCV to even contemplate excommunicating The AJDS because the organization doesn’t adhere to the rigid guidelines of what the JCCV accepts as” true Zionism” can only be described as anti -democratic.
[Larry Stillman]